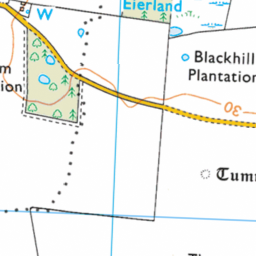 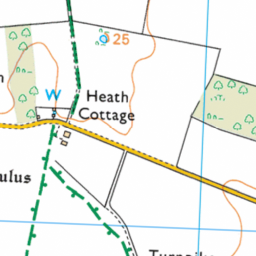 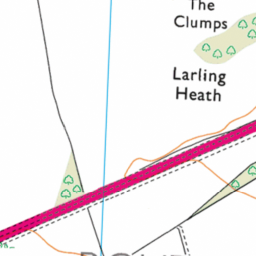 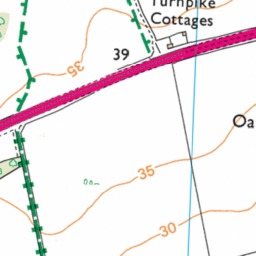 Reported in the Roads/highways category anonymously at 13:19, Sat 6 April 2019

Two public byways join the A 11 road here, directly opposite one another: Byway Open to All Traffic Number 20 from the south, and Restricted Byway Number 9 from the north.

There is no means of crossing the A11 road, to gain access between the two byways. There is a continuous metal barrier running along the centre of the A 11 dual carriageway road. That barrier is about waist height. The attached, recent photographs show the crash barrier.

Moreover, there is no signage to indicate that either byway leaves the road here, nor any advance warning signage along the A 11 road. I stood here to take the photographs, with motor traffic rushing past me at 70 m.p.h. and was concious that there was absolutely nothing to warn these motorists about the junction of the byways here, and of the presence of vulnerable byway users. I felt very vulnerable climbing over the central barrier. How would I have managed to cross had I been with a horse, a bicycle, or if I was trying to drive a carriage between these two byways?

There should, AT THE VERY LEAST, be a suitable gap in the central reservation barrier, sufficient to allow passage by public byway users, AND clear signage, including advance warning signage along the A 11 road, in either direction, to alert road users that this byway junction actually exists, and of the potential presence of users - including pedestrians, equestrians, cyclists and carriage drivers - at that junction.

There is absolutely no reason why a crossing cannot be provided here.

Message to Highways England: Why are you continuing to fail to take any action to address this situation?