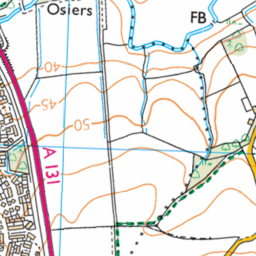 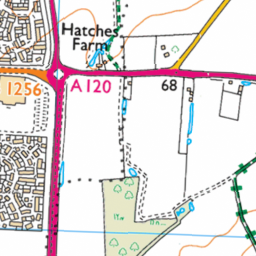 Chevron signage damaged on roundabout where A120 meets A131.

Reported via mobile in the Sign issue category anonymously at 02:22, Tuesday 12 January 2021

On the side of the roundabout that faces east for the A120, the chevrons and signage have been damaged and require replacing.

The south-facing side blue arrow has suffered scratching.

The brick chevrons around the base could do with cleaning.